Add to Lightbox
On April 5, 1944, on the return from an attack on Japanese forces in Hollandia, the A-20 Havoc piloted by 2nd Lt. Thomas E. Freeman crashed into the jungle near the Clay River in what is now Papua New Guinea. The remains of the crew were recovered in 1967. Seventy-five years after the crash, the American insignia is still visible on the fuselage, and people digging in the dirt (pictured) still find bullets from the plane's guns. 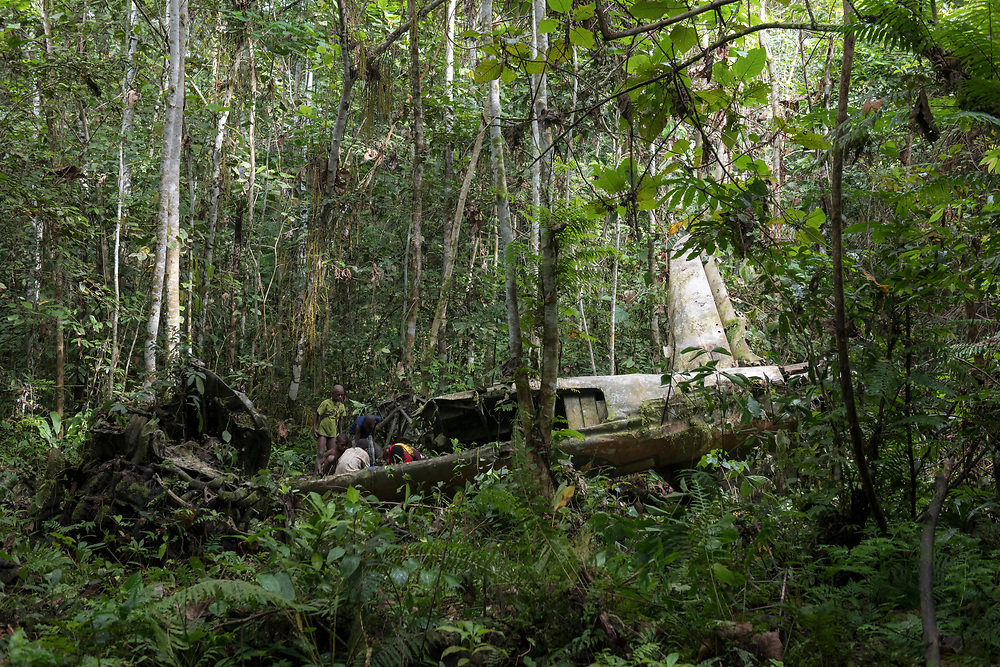