Add to Lightbox
An American B-25 Mitchell bomber, which saw service during World War II, has stood since 1974 in front of the high school in Aitape, Papua New Guinea. In October 1944 it was declared war weary and soon abandoned in a bone yard at Tadji airfield, on the outskirts of Aitape. It's tail was missing when it was brought to the high school three decades later, so the tail from another B-25 -- it had been shot down at Dagua Airfield -- was attached to it. 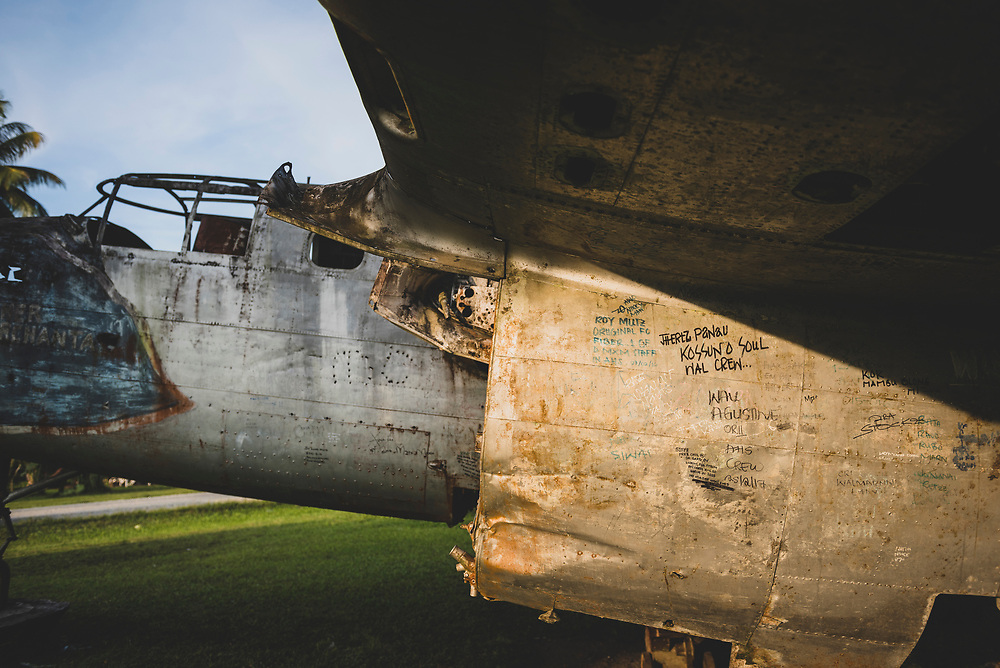