Add to Lightbox
Every Friday afternoon since 2005, residents of the Palestinian village of Bil’in, joined by Israeli and international activists, have protested the Israeli-built separation barrier that separates the village from approximately 60 percent of its agricultural land. A documentary about the protest, 5 Broken Cameras, was nominated for an Academy Award in 2013.

It was at this protest in 2006 that I met Olga Ginzbourg, a 22-year-old student majoring in economics and sociology at Tel Aviv University. During the two hours in which demonstrators would attempt to pull back razor wire at the barrier and soldiers would respond with stun grenades and batons, she stood out. In part it was her light brown hair in a sea of dark hair and helmets. But what most drew me in was her sincerity, both as she interacted with the villagers and as she engaged the soldiers.

In the spring of 2006, Olga studied in Spain and met people who challenged her views of the conflict. They talked about what happened in 1948 and what was happening even now in the Occupied Territories. While not convinced of their perspective, she returned to Israel mulling over the narrative they had presented her. When later in the year she saw a poster in Tel Aviv announcing a large demonstration to be held in a troubled Palestinian village called Bil’in, she decided it was time to go see things for herself. And so on October 27, 2006, for the first time in her life, she visited the occupied West Bank. The experience transformed her.

When asked about her own parents, particularly what they thought of their only daughter’s new interest in the lives of Palestinians, Olga said they were terrified. “You could lose your life for nothing,” her dad insisted. But Olga countered, “How can I not do something when I am privileged, when Palestine is only a few kilometers from my house?”


Now in their 11th year, the protests in Bil’in continue. 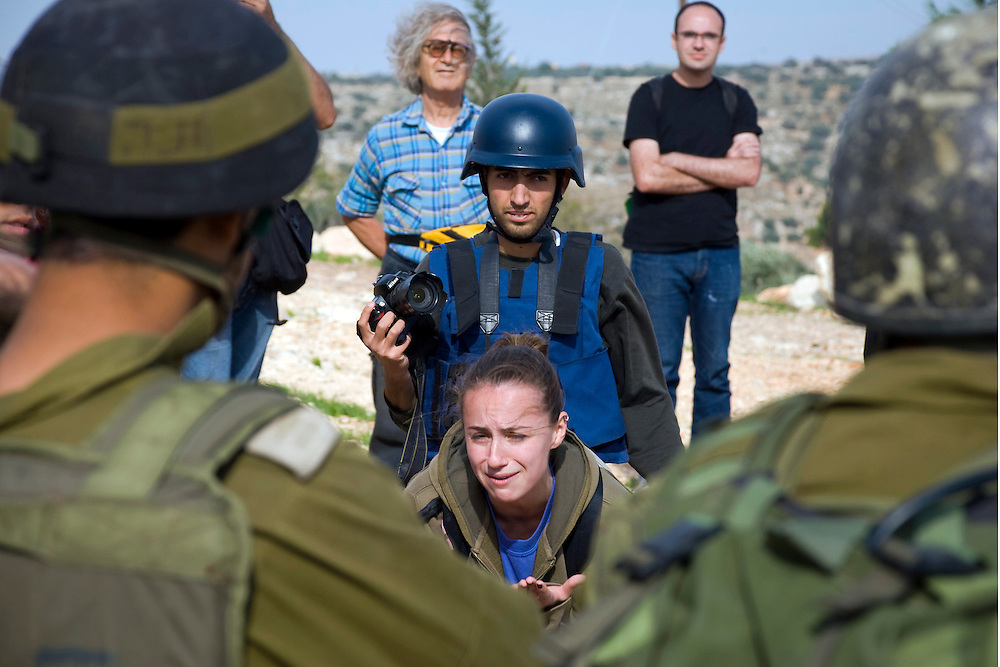