Add to Cart Add to Lightbox
After a several-hour drive from the Armenian capital, Yerevan, a bus nears its final destination Stepanakert, the capital of Nagorno-Karabakh, seen here through the bus window. 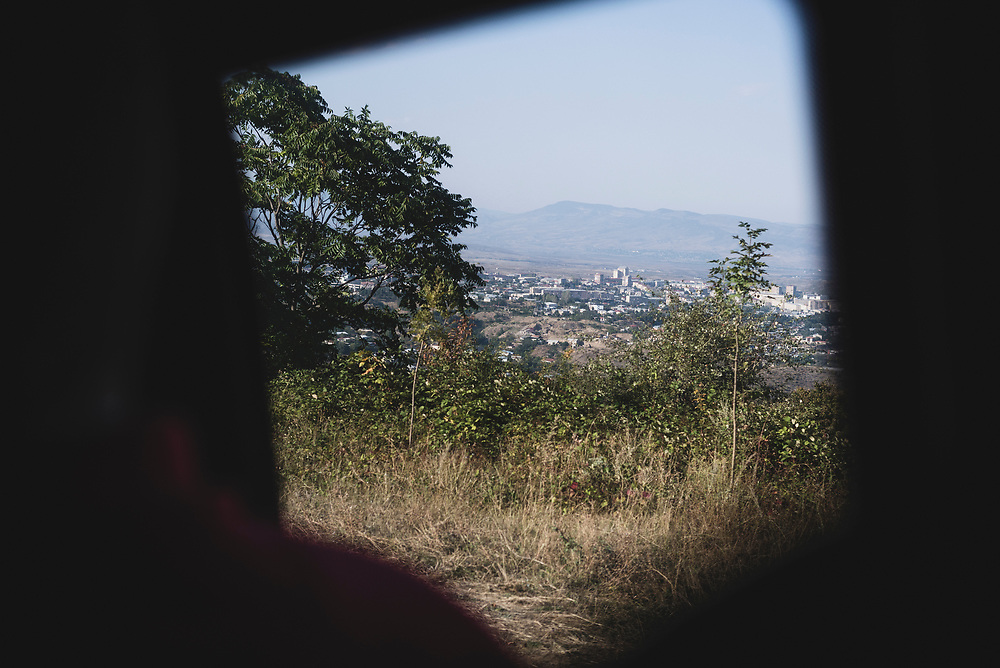