Add to Lightbox
In the rugged mountains of southern Sinai, at the base of Mount Sinai, is one of the oldest functioning monasteries in the world, called Saint Catherine’s. Much of the construction, including its tremendous walls, was done in the sixth century under the rule of the Byzantine Emperor Justinian. Within the walls are historic manuscripts and icons, resident monks, and for the last thousand years even a small mosque.

If I were to make a top ten list of favorite places to spend a couple nights, it would include the guesthouse adjacent to the monastery. Primarily it is the rugged, silent landscape, and the ease with which one can go for a walk and be alone in this terrain, that I love. But I am drawn also to the interactions between the monks and the local Bedouin community, and the symbiotic relationship they have shared for so many centuries while living side-by-side in this harsh environment.

It is believed that many of the local Bedouin trace part of their ancestry to the construction of the monastery, when Justinian sent laborers from various parts of the Byzantine Empire to do the work. The workers then stayed, in time intermarrying and converting to Islam.

One night about 2:00 a.m., the Milky Way ablaze as I stumbled blindly over rocks on a mountainside trying to find the trail, a Bedouin appeared in the darkness and asked if I had a flashlight. The answer should have been yes, and I no longer recall why the answer was no. But I do remember the man giving me his flashlight and saying, “When you come back to the monastery after sunrise, try to find me and return it if you can.” 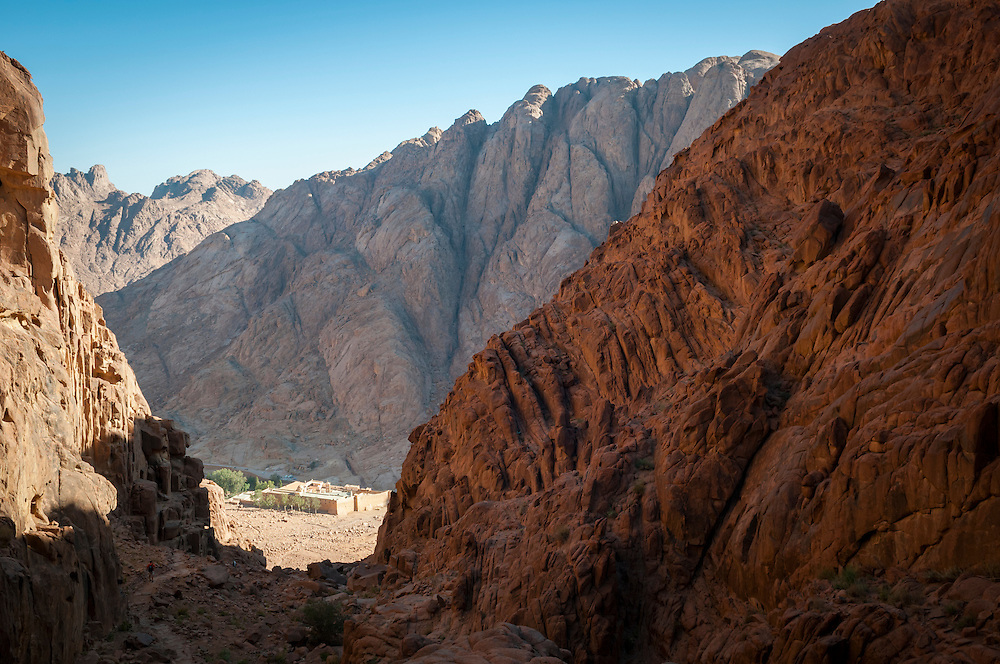