Add to Lightbox
Steps lead up to the monastery of Deir Mar Musa in Syria. Deir Mar Musa was established in the 6th century and dedicated to Saint Moses the Abyssinian.

Deir Mar Musa was abandoned in the 19th century, but beginning in the 1980s an Italian Jesuit priest named Paolo Dall’Oglio worked to revitalize it. The monastery became a place where Muslims and Christians, backpackers and academics, might come to spend a few days, or even just a few hours. There was no charge to stay. Father Paolo was passionate about inter-religious dialogue.

In 2012, two years after this picture was taken — and as the conflict in Syria escalated — Father Paolo was exiled by the Syrian government for his criticism of it. A year later he returned to Syria but was kidnapped by extremist; he is presumed dead. 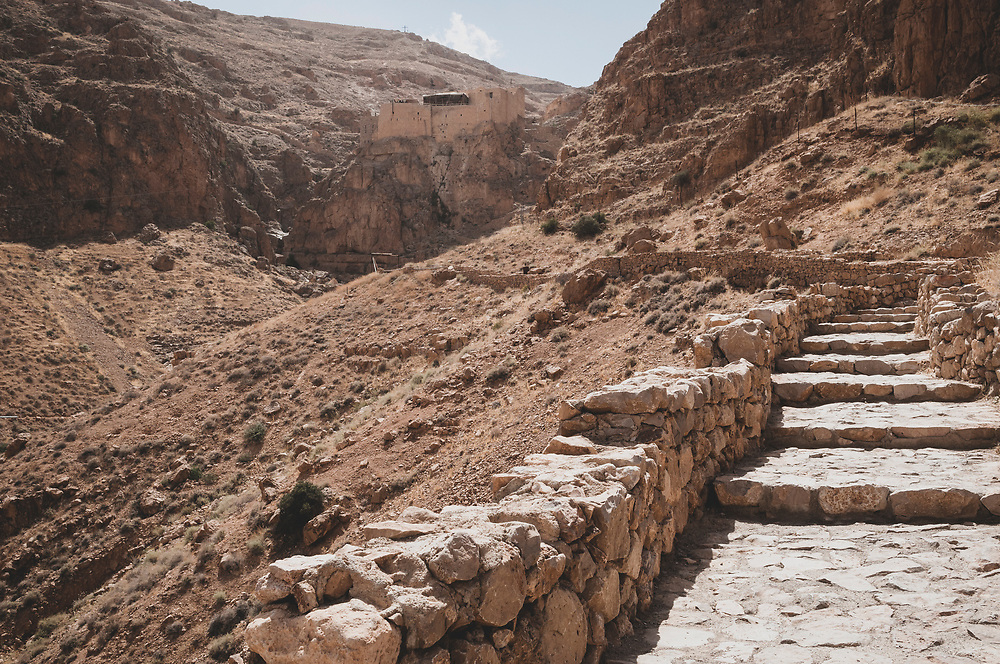