Add to Lightbox
Steven Spielberg made Oskar Schindler a household name in the 1990s with his movie Schindler’s List. Since then, when I’m in Jerusalem, I’ll sometimes visit his grave, which is located in the Catholic cemetery on Mount Zion, just outside the Old City walls.

A German industrialist and Nazi party member, Schindler operated an enamelware factory in Krakow, Poland, and then an armaments factory in Czechoslovakia, using Jewish labor. As Germany began to lose ground in World War II and deport Jewish factory laborers to death camps, Schindler, at risk to himself and at great expense, sought to protect his workers. About 1,200 Jews were saved through Schindler’s actions, and today their descendants in Israel, Europe, and the United States number around 8,500. Years later, when Schindler fell on hard times, Jewish relief organizations helped support him.

On a recent visit to Krakow, a tour guide argued that Schindler wasn’t quite as good a man as the film made him out to be. She listed some of the movie’s inaccuracies, and said that for a hero with purer motives — but without a Hollywood film to make him famous — one might look at Tadeusz Pankiewicz, who operated a pharmacy in the Krakow Ghetto. 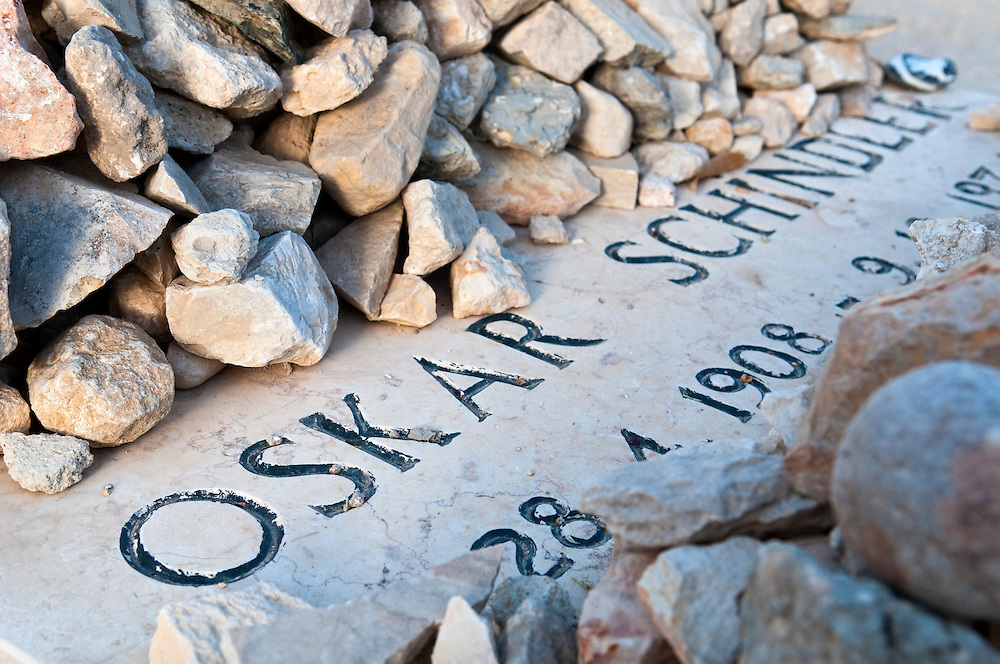