Add to Lightbox
Riga, Latvia - August 23, 2015: A man sets a candle on the ground in Latvia's capital, Riga, to commemorate the 26th anniversary of the Baltic Way. On August 23, 1989, approximately two million people held hands in a peaceful protest, forming a human chain spanning some 400 miles across Estonia, Latvia, and Lithuania. The Baltic Way itself was held on the 50th anniversary of the Molotov–Ribbentrop Pact, in which Hitler and Stalin secretly agreed that the three Baltic countries would be occupied by the Soviet Union.

On September 6, 1991, the Soviet Union recognized the independence of three Baltic states. 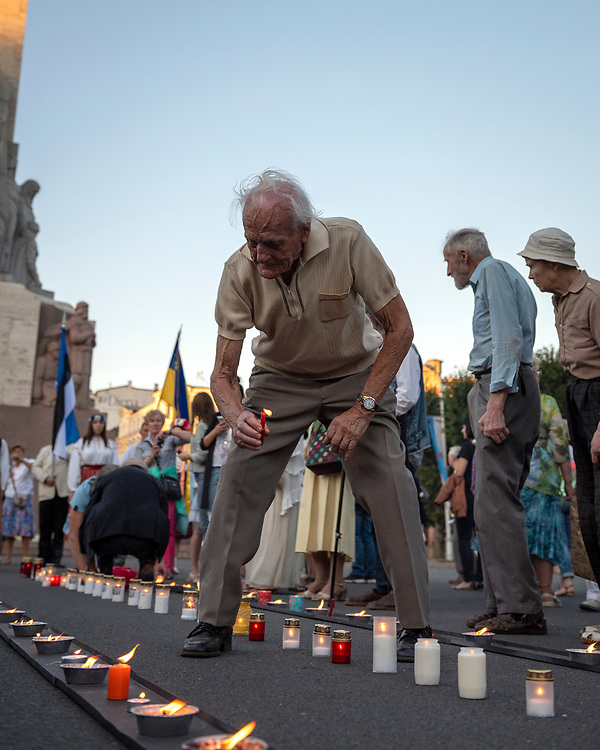